Is there a scientific formula to on-camera beauty? Are there common characteristics to the facial shapes of the stars we deify in the form of celebrity?

The old saying “beauty is in the eye of the beholder” has its merits, but when it comes to Hollywood, we see a certain pattern that re-occurs again and again: the cheekbones, the jaw line, the lips, the figure shape.

You can immediately argue that cameras deal with certain characteristics in a more flattering way than others. For example, Megan Fox: a journalist once described the “symmetry” of her facial features as “staggering”. The planar or “chiselled” face where skin is more tightly compressed to the skeleton appears far more dramatically than “round” or more fatty skin.

As the Greek philosophers noted, “all beauty is mathematics”. All over nature we find examples of the Golden Ratio, and its applicability to what we perceive as beautiful.

This Fibonnaci is a mathematical ratio of 1.618:1. The number 1.618 is known as Phi. Since all golden ratios are equal to each other, two golden ratios shown as equaling each other are referred to as a Golden Proportion.

In 2001, Dr Stephen R. Marquardt, a surgeon in California, attempted to scientifically analyze the mathematics of perfect facial beauty. The result, although never published in a journal, was the patented Phi Mask.

His theory is derived from Plato’s idea of “Forms”, which Jung expanded on to describe the concept of archetypes. The theory goes it has an evolutionary explanation:

“We now believe that the image of the “ideal” human face is indeed an “Archetype”; a subconscious image which we are born with and carry throughout our lives. This archetype has evolved in order to help us identify members of our own species and further sort members of our species according to their relative health and ability to successfully reproduce and to provide other resources to us and those who are close to us.”

It has now become known as the Marquardt Beauty Mask, or the Marquardt Phi Mask. It forms the basics of Marquardt’s academic work, the presented evidence for which can be found at http://www.beautyanalysis.com/research/evidence/contemporary-beauty/.

Applying it across ethnic variations:

And indeed, on historical figures:

And the ladies favourite:

Possibly the most cynical implementation of the Phi Mask is “fixing” faces that don’t show it, to see the result once they do. In the following, a female face is shown in a) natural pose, b) with mask overlaid, then c) with “correction” to the mask archetype:

If you were a Hollywood casting director or industry professional, and your job was to spend all day looking over literally thousands of headshots a day, which of the 2 above would you pick if you had another 500 to go through afterwards?

The evolutionary theory is quite interesting: that we have a “hard-wired” facial structure that indicates attractiveness to our biology. If we extrapolate that to casting, we could posit that those who have featured this archetype so extensively in cinema might have an increased sensitivity to its detection. There’s a case to be made that the skill of identifying The Mask is what makes them effective in choosing physical characteristics that will appear well on camera and appeal to audiences.

There are some ugly realities in proposing a single standard for beauty, and serious danger. Teenagers coming to terms with their own aesthetics are particularly vulnerable. Our culture may not benefit from this “narrow” way of thinking, if we find it to be scientifically accurate (which we don’t).

When it comes to film, the hard truth is very tough for many to swallow. But what Hollywood knows all too well, is that beauty sells. If the old adage is followed, females should allegedly have an “air of availability”, whereas males should have an “air of eruptability”.

It also works conversely, in that it generates feelings of insecurity and envy needing to be resolved. We can see that women typically react very differently to beauty magazines featuring their own sex than men do, for example.

Audiences prefer to watch video that contains what they perceive as attractive and/or “familiar” people. Artistic performance should be the only factor, but the harsh realpolitik is in the box office numbers: Megan Fox leaning over a motorcycle in Transformers drew in $710M; an “uglified” Charlize Theron in Monster less than 10% of that. The comparison isn’t exactly fair, but the campaigners are missing the point: in a world of abject uncertainty, it sells.

Hollywood’s understandable-but-vile approach may have inadvertently helped us understand the place and purpose of beauty in nature, even though we thought it didn’t have or need one. 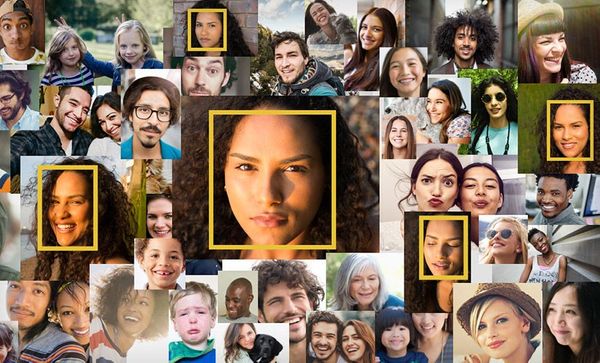 Wannabe actors aren’t known for their discernment, or their professionalism. Every casting director has to go through the time-wasting rite of passage, aka The Shitshow, when they put out

Variety finally gets it.In academic circles, two of the most quoted scholars when discussing film are Harold Vogel, and Ian MacDonald. The former wrote “Entertainment Industry Economics: A