In January 2022, Twitter removed a damning thread by a Silicon Valley insider which received such enormous blowback the shockwave lasted for days. Pseudonymous user Hazard Harrington, who claims to work within FAANG, narrated his view on the industry situation. It's a partisan account, but it's one we all recognise and quite hilariously written.

Big Tech has always functioned as an adult daycare for graduate children, but something else appears to be happening which is far more of a concern to the VC sharks familiar to Hollywood people: no-one is producing anything new.

The post thread has been reproduced here so it can be preserved. The original lived at: https://twitter.com/HazardHarringto/status/1481797871389351936

I work in Big Tech. A name you would know and have probably used before. Wanted to give a rundown of what it’s like from the inside right now.

But COVID/WFH has totally broken people. They are fundamentally weak, often with no social support outside of work. They’re the people with no children, no spouse. Only a dog or cat for emotional support.

There’s constant talk, even now, about how hard things are for everyone. Often meetings start with going around the room to ask “How is everyone feeling?” Literally everyone else went on sad rants about their lives. “I’m so MAD a white supremacist shot 3 black men in Kenosha!”

It’s toxic. When it got to me, I said “Good.” and then a (((lady engineer))) literally proposed that we should not be allowed to answer the question positively. I shit you not. I think it hurt her that I wasn’t as miserable as her.

She made some argument about “vulnerability”. These people not only want you weak, they want you to expose your vulnerabilities to them so they can exploit them. They may not intend this explicitly, but whatever twisted ideology they worship ends with this result.

So back to morale. Everyone is demoralized. This may surprise you, since Big Tech is extremely well paid and has been able to WFH throughout the past 2 years. They’ve been given extra days off, extra stipends, bonuses, etc. They never had to fear being laid off.

I have some sympathy, and can feel some of this myself. It’s normal and natural to work with people in-person. WFH can make it easy to overwork. You take fewer breaks, often work past normal working hours. You don’t feel connected to customers or celebrate success in person.

And as I mentioned, Big Tech is often the only social life for people. I fortunately never made it mine, but my company had all sorts of after-work activities. Sports leagues, game nights, different classes taught by employees. There was a rhythm and connectedness that’s gone.

The Great Resignation is real. Many employees are leaving for better jobs. Remote work has (so far) resulted in more job opportunities for those working in Big Tech, especially outside of Silicon Valley. And so we backfill those positions, or hire new people, all remote.

We now have employees who have nearly 2 years of tenure who have never met another employee in person, and lives alone in some city away from where the office was. This would be fine for a normal person, but again, we’re attracting the family-less urbanites scared of even meeting up with their friends at a restaurant. The churn in jobs also has the major effect of constantly dealing with the overhead of re-assinging projects from people leaving, and onboarding new people. The new employees don’t get enough attention to succeed.

And the employees that stay end up with a load of work dumped by the former coworkers, plus the responsibility of onboarding the new ones. There are many software engineers who’ve not written a single line of code in the past year.

While the Woke agitation has slowed due to the productive employees’ ability to simply log off, in addition to the tiredness of the agitators, there is more and more open rebellion regarding pay and profits.

“Bring your whole self to work” was the Big Tech mantra. Tell people about your cool hobbies, share your politics (if you’re far left only), share your sex life. This plus the feeling of distance an online-only presence creates has made people braver in speaking their thoughts.

You used to have to have the balls to knock on the CEOs office door, or schedule a meeting. Now you can fire off a nasty Slack message straight to her. People will openly write threads and comments throughout Slack bad-mouthing the higher ups at the company. And they do nothing.

It’s unreal what people will write, with no recourse. If it were anything remotely RW, I’m certain they’d be immediately fired, but so long as they’re sufficiently LW or minority (anything but straight white man), they can agitate, complain, do no work, and continue employment.

And so the entire company has devolved. We’re running on the code written in years past. No major new product initatives are being launched. Workers complain that they’re understaffed and demoralized. People take constant sick days, or don’t show up at all without record.

It’s very easy to hide when WFH. With such a flux in employees/management and so much allowance for “mental health”, it’s easy to simply no show without punishment. We hired a new employee and I pinged them at 1pm to see if they’d join a meeting.

They came 10 minutes later. Said they slept in because they didn’t have anything to work on.

It’s got to be mind-boggling for someone not in software. On a given day, managers (there are several in weird matrix structure) will say things like “What can I do to support you?” “Do you have enough to work on? Too much?” It’s like emotional support. And you can simply say “Oh, I’ve had a hard week. Barely slept. Felt sick. Don’t think I can handle much more this week.” There’s no real accountability to anyone. Record profits at the top, because of existing code and product-market fit cruising along, so leaders don’t notice.

It’s utterly surreal to watch the deterioration. To see how quickly an organization can crumble. And I’m not productive either. I’m constantly bombarded with anti-white, anti-male, woke propaganda. We’ve even had explicit discussions of assigning less work to URMs (under-represented minorities), because “life is really hard for them right now.” This suggestion was from a lesbian white woman with cats. As productive as one person can be, you can’t add value when constantly thwarted. Nobody in IT doing tickets anymore to provision things for you, large bureaucracy to gatekeep any actions (needs review by X number of committees including now DEI committees). It’s hard to feel unproductive. I’m not the type who feels great about getting paid to not work, but that’s essentially what I’ve been doing for the last year.

This problem is the worst in Big Tech, so if Facebook, Twitter, YouTube, Amazon Prime, or Netflix go down, the world will probably be better off. It’s not essential. I worry about this apathy spreading to companies that matter. Ones that write software for utilities.

We had a woman who worked for us who was just awful at her job. Could not understand instructions at all. Could not do the job. Barely spoke English. She wasn’t just not productive, she actually dragged the team down. I worked with my Director to finally get her fired after failing her Performance Improvement Program (PIP). HR told us they can’t fire her because she’s Asian and female and in California, that it’s just simply too hard. This was over 5 years ago.

You have a certain fire in your 20’s. Ready to reform and change everything. You get noticed when you perform. Promoted, bonuses, etc. But eventually you keep hitting the same problems or gatekeepers over and over. I recall asking an older coworker (mid-thirties at the time) what drove him, and he said he just does it for the paycheck now. I’m at that point. Lost the fire for career and collecting my paycheck for other purposes in life where the fire has been rekindled.

I worked remote for 5 years at a prior job and this was never the case. There’s something special about this combo of remote and “your feelings are valid”.

I know this isn’t just my company because I’ve interviewed at many other companies (Big Tech and Unicorns). Awful conduct at interviews. Demoralized employees who show up late, unprepared, or absolutely do not want to be there.

Things my coworkers spend an enormous amount of their day on: – Coming up with a “clever” new Zoom background each day (something Harry Potter or Star Wars like children) – Clever Slack emojis – Reddit style responses in threads (“First!) and other low brow irony for the lulz.

Oh dear, oh dear. You recognise this, don't you?

Lionised by the Pink Mafia at the Guardian & BBC as the hero of the so-called "gay rights" movement in the UK, Peter Tatchell succeeded at tying moral outrage to political campaigns via PR stunts, As the de facto "respectable" and "proper" face of this cultural phenomenon, he has a 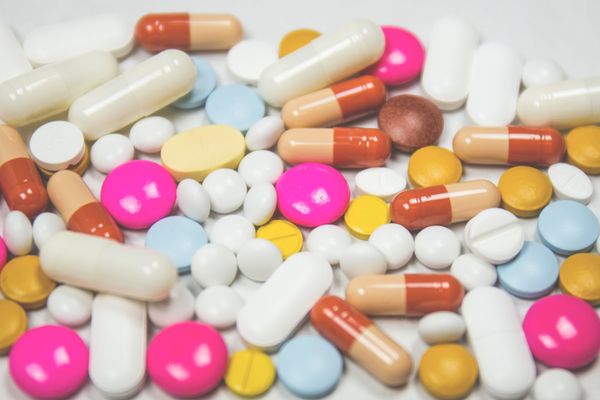 By all metrics, there is a serious and harrowing crisis of women's mental health, and not simply due to the Covid pandemic or social media usage. When you start to put some of these pieces together, you notice something: there's biological correlation. The evidence for causation isn't apparent, but nobody 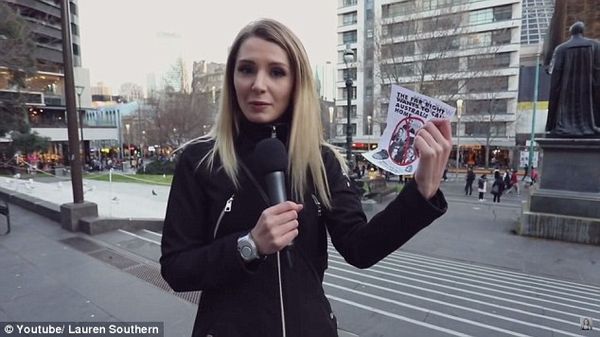 Regular readers will know ending up on this page as a "curious case" never bodes well. Following in the footsteps of humble martyrs everywhere, agent provocateur Lauren Southern recently produced a feature film-length (!) mea culpa / apologia / auto-ethanography - detailing the conspiracy against her by a raving hive of narcissistic adult