Ask any film industry veteran, and they will claim they are in any otherbusiness but film. Bruckheimer infamously claimed he was in the “transportation” business; just as the media tirelessly exhorts Hollywood is simply a marketing machine. The more cynical are far too oft to believe it is the “confectionery sales” business, the “$7/hr seat rental” business, or even Lucas’s plans for it as merchandising and souvenir trade.

What all their theories have in common is their position that business of film is entirely peripheral to its artistic centrepiece; tickets for the unwrapped negative are the most trivial of all its moving parts.

Films actually have no intrinsic value whatsoever; in the earliest days before it became the twenty-first century’s dominant art form, it was perceived as an incorrigible, dirty conman industry — what the first pioneers did was nothing short of genius, by engineering it into the most glamorous endeavour imaginable. The entire libertarian Ratpack fled Edison’s patent machine in New York,- and taxes -, to set up as far away from the law as they could in California, with its available natural lighting. What was their glamour vector? The Star System. Then, of course, all the studios got bought by corporations, and sales reports trounced the maverick rebellious spirit, as the accountants sucked the blood out.

So the question arises: how do you sell films? Their answer: do it the same way you market a circus: “Roll up! roll up! see the great attraction! Like nothing you’ve ever seen before!”. You can’t spend 100M on a painting and then hang it in a gallery. You sell the spectacleand wow of seeing it, the sizzle, not the actual thing itself. Crowds need to be drawn in by, and pay for, the attraction, not what they’re actually seeing. Some guy on a tripwire is overwhelmingly dull in and of itself; who pays for that? The worst films in the world make more money than the best ones because they have more publicity and wow. Why did they choose the circus model? Because it’s a brilliant Jewish invention: the only job a Jew living during the hangover of revolting, evergreen anti-Semitism could get was the piano player in the bar.

So Hollywood, for me, is a giant circus. A film is playing in a small room in one corner of it. They draw in the crowds to get them to pass by that room and pay to watch it as they drift around the spectacle of the whole thing. The whole machine is geared around generating and selling a spectacle, and co-incidentally selling tickets to that small room. It has absolutely fuck-all to do with art, talent, existential meaning, or the renewal of self-esteem.

Understanding how that works is the key to understanding how you succeed in it. As an actor, you’re the tripwire performer; part of a grander spectacle that’s being sold. There are two sources of power in that system: the money to put on the show, and the spectacle of star power to draw the audience to it. Your target has to be gaining access to either.

To gain star power, you need a) smarts, b) determination, c) x-factor, and d) proof of talent and previous performance. But your goal is not to be the best actor — it’s to be the major attraction at the circus. Who happens to be a really good actor. To be the major attraction, you need to captivate an audience. Again, sadly that has nothing to do with acting. We all admire the skill of good theatrical craft, but it has nothing to do with why an audience is captivated. Once you captivate an audience, the circus markets you as something to see.

1M+ hopefuls move to LA to live every year. They all want to be “discovered” by the circus. None understand how it works. None of them have a plan or strategy. Few of them have a job to support themselves to sustain any longevity, which is what you need to outlast the others. They spend all their time carpet-bombing on Actors Access, selling their shitty script to other actors in Starbucks, creating “official” Twitter accounts in the third person, joining Scientology to network, reading stupid fucking articles in Backstage about how to get an agent and do a great reel etc. Selling themselves endlessly to no avail because they have nothing the circus can pick up on and sell to bring in the crowds. All of them are exploited, and a lot end up selling their bodies to pornography (the word itself is derived from the Greek porne, or prostitute, and graphein, to record — i.e. to record or photograph prostitution).

Six bands a year break through from 6M that exist. Hollywood markets their image and spectacle first, and their music second. Artistic ability does not sell tickets.

For filmmakers, the only things that count are a) the casino money to make the film (provided by the studios), and b) star power. The circus can put their name on the show poster to draw the crowd. Only eight people count — the studio heads who approve the project. Success is just being friends with eight people.

If you want to be discovered, you will fail. The circus needs a spectacle to market as part of the show, and already has enough to choose from. They’re not looking to help a performer to be a part of their show. They’re helping themselves to sell the show itself. They’re manufacturing an attraction, and you coincide.

If you try to be the best actor, you will fail. The circus isn’t about talent. The Elephant Man wasn’t talented. They don’t hire people because they’re good actors; they hire people who draw the crowd.

If you want to make money, you will fail. The circus only pays the performers who draw that crowd.

If you want to be liked and admired, you will fail. People pay to see a spectacle (good or bad, mostly bad), and hate those who remind them of what they’re not. More people watched the execution of Saddam Hussein than watch good news on CNN.

These reasons will always fail because that’s not what the game is or how it works.

First, you need a target. What do you want? You can’t go anywhere unless you know what your target is.

Second, you need a map. Without a strategy or plan, you’re just wandering in the woods aimlessly.

Third, getting what you want is about getting someone else what they want. What do they want?

Fourth, getting there requires resources. You need to know how long the journey takes, what you will need, and who you need with you by your side.

1. To be a major Hollywood star renowned for their talent and x-factor, with star power you can use to be placed in films.

3. A spectacle or attraction they can use to sell their absurd show.

4. Access to the circus owners. Income to support a long marathon campaign. Other talented friends.

So when i say you have to have the package, what i mean is you have all the natural prerequisites for becoming an attraction at the circus: stunning natural beauty, charisma & x-factor, artistic talent, plus determination, guts, and the pureness of character needed. All that’s left is the strategy to position yourself as a major attraction. Most actresses have twelve parts that led them up the ladder, from an introduction to an agent that got them visibility to the circus owners. Look closely and you will see Hollywood always sticks to the familiar, and all stars are newer versions of an archetype who came before: Megan Fox is a newer version of Angelina Jolie, George Clooney is a newer version of Cary Grant, Jennifer Lawrence is a newer version of Marilyn Monroe, Shailene Woodley is a clone of Jennifer Lawrence. They are safe bets because they are mannequins that resemble something the circus audience has already bought before, and all the circus is doing is recycling the same attraction.

And they all have one thing in common: absolute, ruthless, violent determination and strength of will. They get that it’s a circus game, and they are unstoppably determined. They succeeded where everyone else failed because they understood the game, had a plan, researched who had the connections they needed, knew who they were a version of, refused to back down, and became what the circus needs to survive. It’s not enough to just be a potential attraction someone decides to invest in — you need to be what they depend on.

You will be hired for spectacle, not for acting ability; it’s an illusion, like everything else. The critics talk up your performance and charisma, which creates your myth as a spectacle to see. The circus hires you because the press is making people aware of you as a spectacle, upping the circus’s ability to sell you as an attraction for their show.

Education + natural ability to captivate + existing archetype to copy + strategy + strength of will = success at the circus.

If you’re going to LA, you have to want it. It needs to be something you MUST do, not what you would like to. You need a target, and a strategy. But most of all, you need to understand the game itself to be able to win it. If you’re at a card game and can’t work out who the patsy is, you’re the patsy.

These are the questions to ask yourself, in my view:

Nobody sets out to be just a star — they want to be a good actor. But that’s not how the Hollywood Circus works. It’s the reverse: you get to be a renowned actress and production player by being an attraction first.

Filmmakers are so entranced with the revelation of their art that they lack the wisdom to understand what is required to bring the audience to see it. A good script is appealing, but it doesn’t sell the finished work. The spectacle comes from casting charismatic actors, using amazing lighting and location, and making something small stand out so far from the crowd that it’s mind-blowing. They look at you, and think “wow”. They listen to the words and feel “wow”. They are told the budget and speculate “wow”. They don’t care what’s being said: they’re just captivated by how it looks and why it looks that way compared to everything else. You’re not creating a film per se, but something people will pay to go to the circus to stare at. There’s no “wow” in short films, student zombie films, unknown actors, apartment locations, or indie features.

If all this sounds intimidating, don’t be intimidated. You won the genetic lottery, so all that’s left is to write the map, and get the resources that will help you keep going and not give up. And be willing to decide, and to execute. Ruthlessly. You don’t get to be the Queen of Hollywood without understanding what you are queen of in the first place. 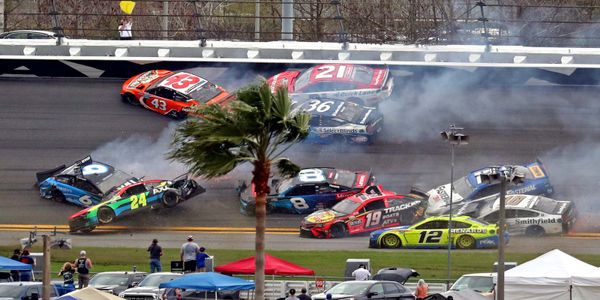 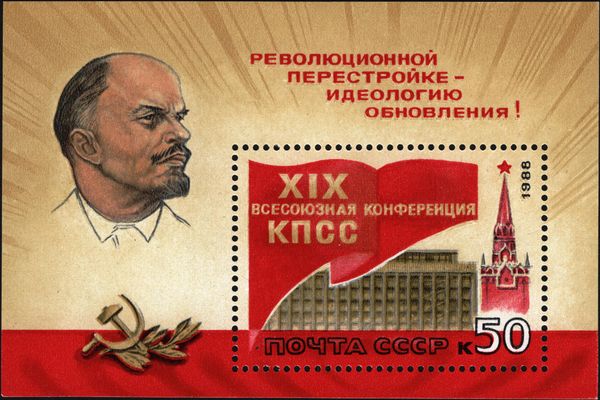